Nothing Left to Give 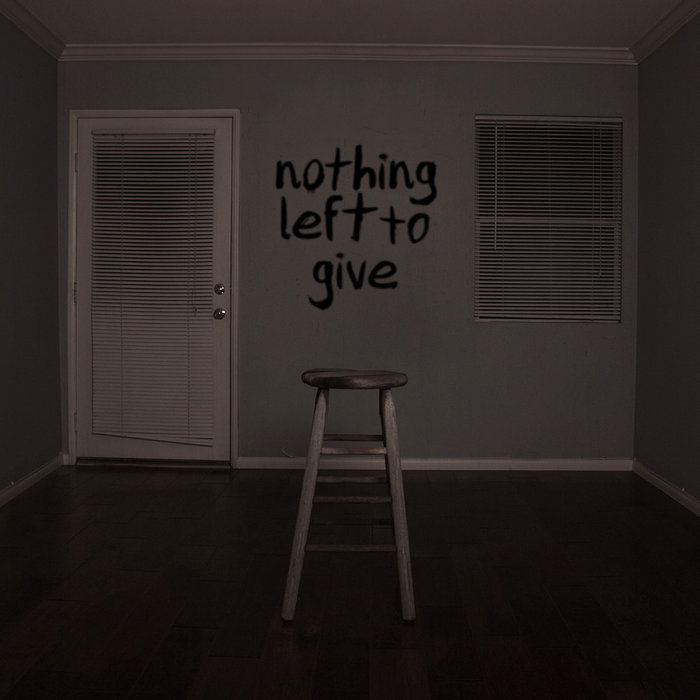 It's difficult to believe that Daniel learned how to play the guitar just a few years ago, riding public transportation. Sometimes drastic situations lead to drastic changes within people, however, and during a period of deliberate minimal living, Daniel found the creative impetus for this recording.

It's not as if he ever had a whole lot – his early adult years were quite turbulent. Repeated run-ins with the law led to several jail stints, followed by a highly enervating probation and reacclimatization process; he found himself set him back nearly a decade before he decided to make a change.

So, upon his release from a halfway house, at the age of 20, Daniel moved from Denver to Los Angeles and slowly but surely began putting the pieces back together. After about 5 years, he had made some headway. He was married, a homeowner, drove a brand-new car -- life was looking up. But a series of unfortunate events led to him losing his job. The stress caused irreparable damage on his relationship with his wife and soon she was gone as well. Not having any income, he was forced to move out of his home and turn in the keys to his vehicle. In just a few hellish months, a half a decade's work crumbled and he was homeless with no job and no car.

Although everything that he thought he had ever wanted was basically taken from him, the one thing he wasn't stripped of was his hope. “Once I got over the initial feeling of helplessness, it was actually a liberating feeling, losing everything. There's something empowering in literally having nothing left to give.”

Daniel looked to find news ways to enjoy his new minimal lifestyle. Using L.A. public transit can be quite trying for one's primary method of transportation, so as a way of staying occupied, he taught himself how to play instruments while waiting for the bus. First the flute, then the harmonica, then the guitar.

“Nothing Left to Give” is a tribute to finding that peace in minimalism. It's stripped down and simple. While the lyrics are filled with analogous wit and offbeat metaphors, many of the songs feature only Daniel's voice and his guitar, just as they were written when he was sitting, waiting for the #3 bus.

ALL SONGS WRITTEN, RECORDED, PRODUCED, MIXED, NURTURED, NEGLECTED, LAUGHED AT AND CRIED OVER BY DANIEL KUSHNIR.

Bandcamp Daily  your guide to the world of Bandcamp

Guest hosted by Tamar Osbourn aka Collocutor and Toshio Matsuura.